Affinity Photo is a relatively new image processing software that is already very rich in features. Less known than Photoshop, it nevertheless covers a wide range of needs and will largely correspond to most users. The change of the Photoshop business model by changing from a perpetual license to a subscription model has been (and still is) widely disputed. Several companies including Affinity (UK) have sought to take advantage of this transition by developing alternative solutions. This is the case of Affinity Photo that I propose to discover here. 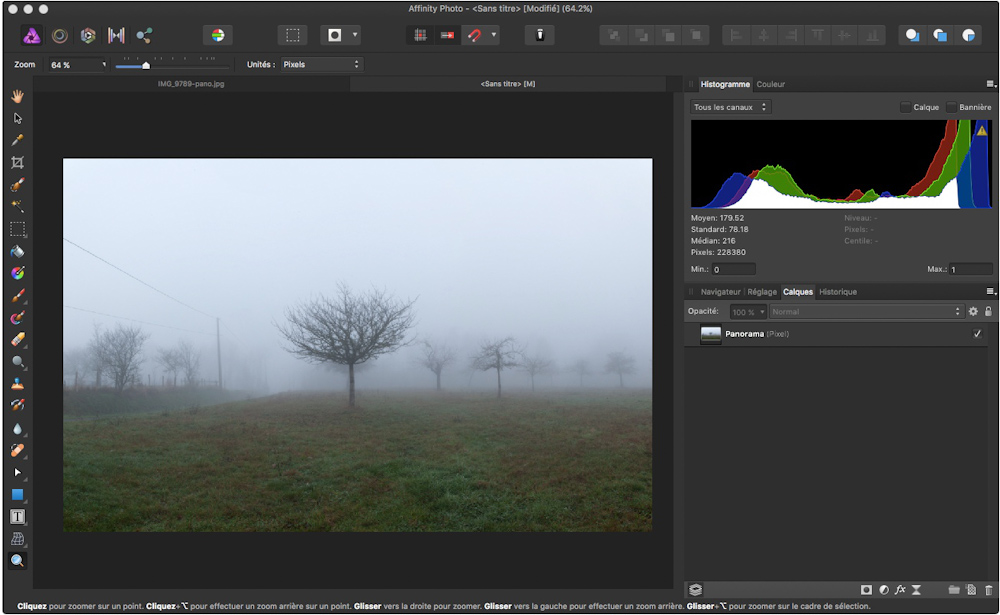 Affinity Photo of course allows you to open existing images to work on them. In addition, it can create new images either from scratch or from a set of existing images.

Create a panoramic image by assembling and merging multiple images together. This makes it possible to obtain images having proportions and resolution much higher than that which can be obtained with a camera in one shot. 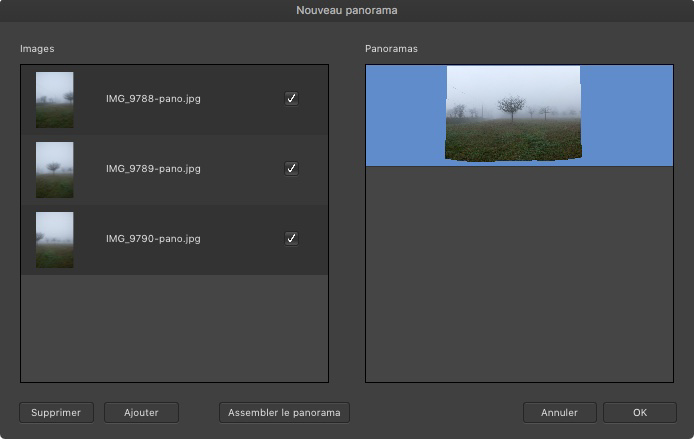 Composition of several images by application of a merge operator. This allows for example to superimpose, delete topics and reduce noise.

The software here merged several images of the same scene set with different focusing distances. This makes it possible to obtain an image with an extended depth of field.

A Persona in Affinity Photo is a context of use that consists of presenting only the functions that target a specific objective. The Persona “Photo” is quite generic since it covers photo editing. Other more specific persona, such as ToneMapping for example, helps to treat the mapping of tones especially for HDR images. Access to a persona is simply from the toolbar.

The personas included in Affinity Photo are:

The graphical interface of the application is quite aesthetic, it can be black or white. It takes the classic structure with a central area to display the current image and a whole range of functions around it. Separate mode allows windows to be flying, this may be appropriate for a multi-screen workstation. 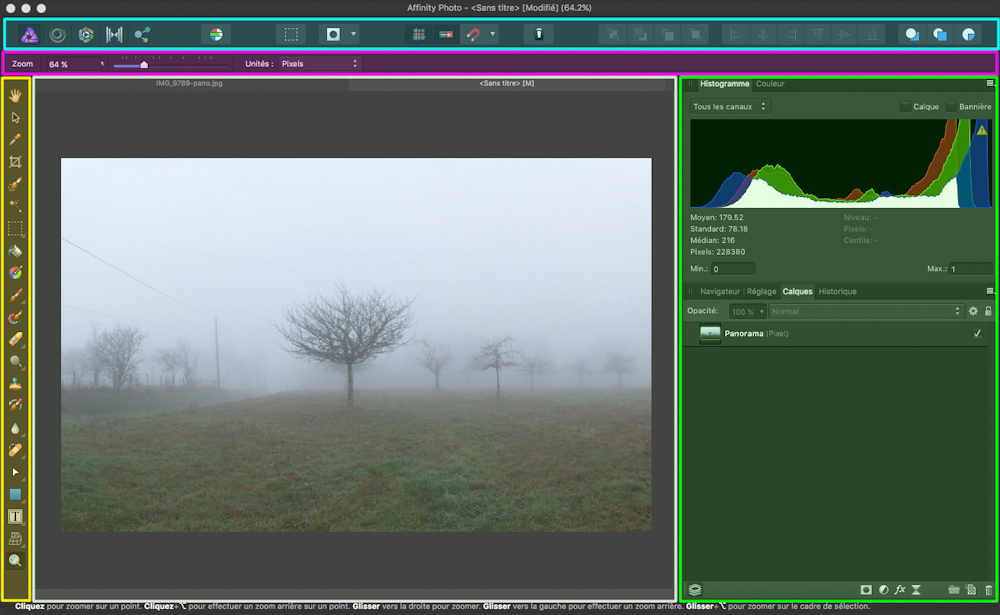 The different areas of the screen are described below.

This toolbar is designed to give quick access to the most used functions. By default, we find the choice of the Personas.

This zone is completely dynamic, it presents the options available for the last tool chosen by the user.

Example for the rectangular selection tool : 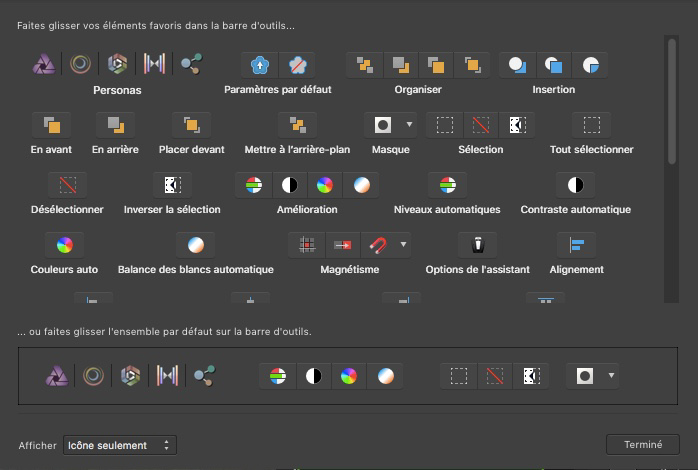 The usual tools are accessible directly from the left sidebar. For example :

This area is wider than the tool areas. For each service presented, several information and features are available. For example :

Display of the color histogram and some general information (average level …). 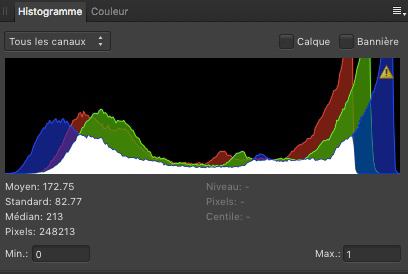 Display of the list of layers and possibility to define the opacity with the mode of fusion. 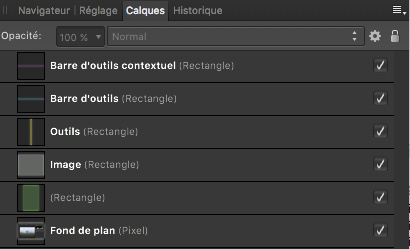 Addition of a configurable preset. In the example below, color conversion tables are available. 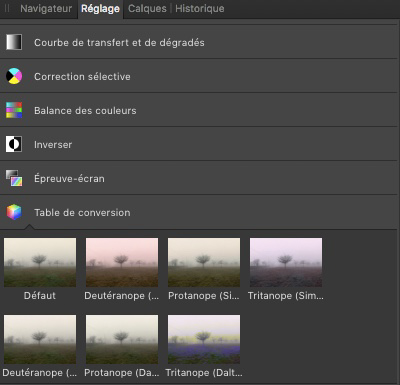 So much for this little overview of Affinity Photo. There are of course so many functions that it would be illusory to want to describe them all. I hope that the few examples presented here will have made you want to deepen the use of this very powerful software.