The Gopro brand has made a name for itself in the field of traditional action cameras. The Gopro Fusion is the first 360 camera from this Californian manufacturer. The design is inspired by Gopro cameras. 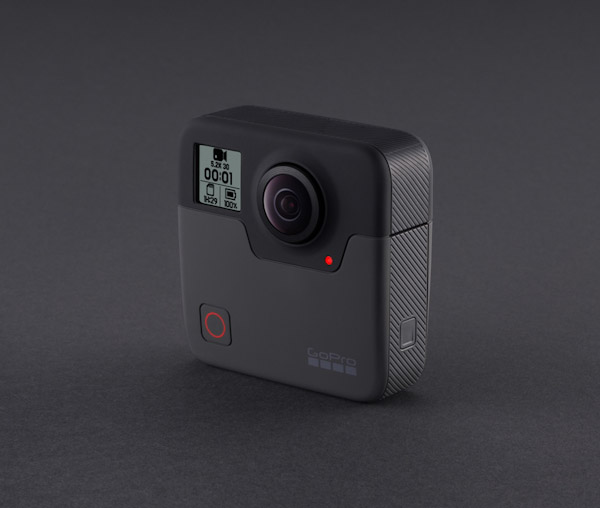 This camera is distinguished above all by its excellent quality of video capture. The details and the contrasts are very well captured. The stabilization is also of a very good level, it relies without a doubt on the algorithms from the Kolor company acquired by Gopro.

Beyond the capture of video in 360, the camera is accompanied by a very interesting feature called overcapture which consists of simulating a capture with a traditional camera from a 360 video.

In general, the files are large and post-processing is very heavy, sometimes difficult to achieve with the software provided. In any case, it will be necessary to have a powerful machine to minimize the long processing times.

The specifications mentioned are subject to change by the manufacturer without notice. They are given here for information.