In the field of 360, the year is off to a good start with finally a novelty that stands out. Welcome to the Ricoh theta X. This latest version is a logical continuation of the Ricoh Theta line, improved resolution, integrated screen, battery and removable memory card. In any case, this new camera brings a fresh start to the year, hopefully all this heralds a new period of novelties for the 360. 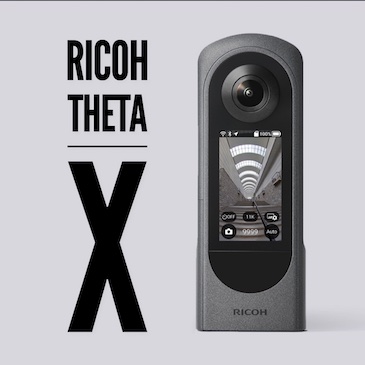 Stitching in the camera

The plus is that the files generated by the camera are directly usable. No need to go through an assembly software specific to the manufacturer.

In the case of fairly sustained use, the time saved by the flexibility that this provides is perfectly significant. Besides, it also increases the durability of the camera files. Indeed, in the case of a proprietary format, there is the risk that after a few years you will no longer have a version of the software running on your machine. This problem does not appear when the format is standard and very common, type mp4, the software capable of reading this format are numerous and are not likely to disappear anytime soon.

As we can see, the resolution of the X is much higher than the Z1 and yet the first tests suggest that the quality of the images is better with the large sensor of the Z1. Part of the explanation lies in the size of the photosites. With the large sensor, the photosites are larger in size, which makes it possible to better capture the light as well as the subtleties and contrasts. The result is an overall perception of an image that better reflects the reality of the photographed scene. This debate is reminiscent of the one that accompanied the race for pixels on traditional digital cameras. Beyond a certain number of pixels, it was not necessary the device which has the most pixels which delivers the best images. Clearly, it will be interesting to compare the images between the X and the Z1, the pixel ratio being very important all the same. 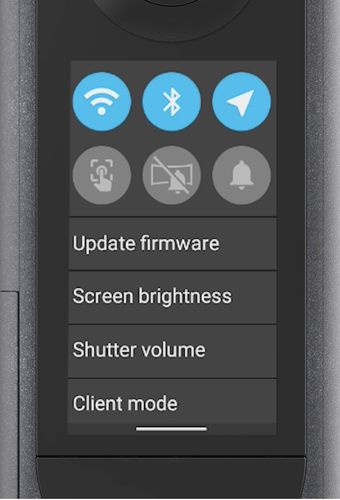 Displayed at exactly the same price (nearly 1000€), future buyers could be perplexed as to the best choice: should they go for the X or the Z1? At this stage, we can note that the X differs from the Z1 especially by its greater versatility, it offers real capacities in video, in photo and its use is greatly simplified by the presence of the large screen and the fusion of images. in the camera. As for the Z1, it mainly targets photo quality, especially for use in virtual tours.

A point that I find interesting is the possibility of expanding the possibilities of X by adding “plugins”. The system of the X is based on Android, it is possible to download and add components that add functions. Now that the X has an integrated screen, it is to be hoped that Ricoh will complete the possibilities so that the plugins have their own graphical interface. 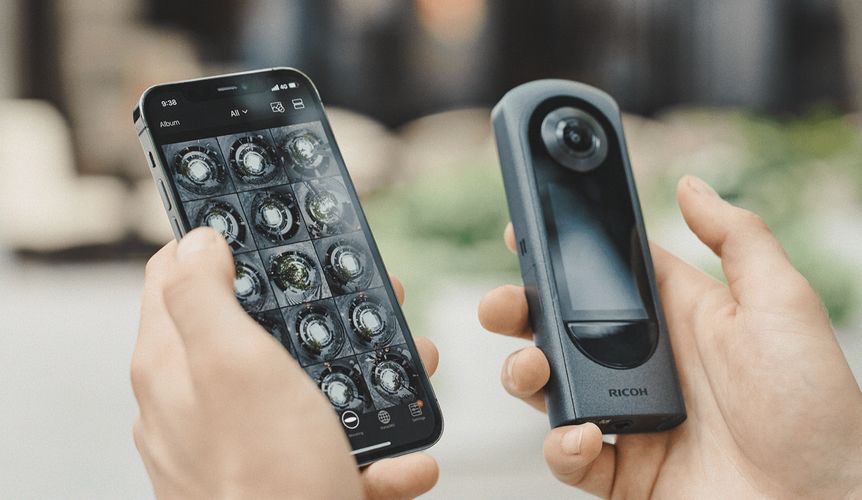 In the past, I had already been able to appreciate the quality of 360 cameras from Ricoh. They are reliable and easy to use. Pending its availability scheduled for March 2022, we bet that this new version benefits from the experience accumulated by Ricoh over the years, and that it will breathe new life into the 360 market.