After the success of the first Insta360 ONE X, the second version was eagerly awaited. If the external aspect is almost unchanged, as well as the resolution which remains at 5.7K in video, it is especially on the functions that the camera is enriched. Find out more coming up. 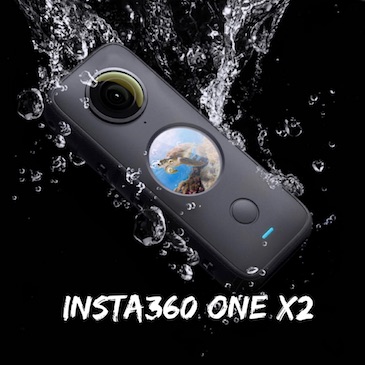 IN CONTINUITY OF THE ONE X

Why change a formula that has already proven itself and demonstrated its success to its audience? Insta360 has decided to offer an evolution of the ONE X, version 2 includes several improvements that we go through in the rest of this article, let’s say it right away, it is indeed an improved version and not of a revolution that would break with the previous generation. 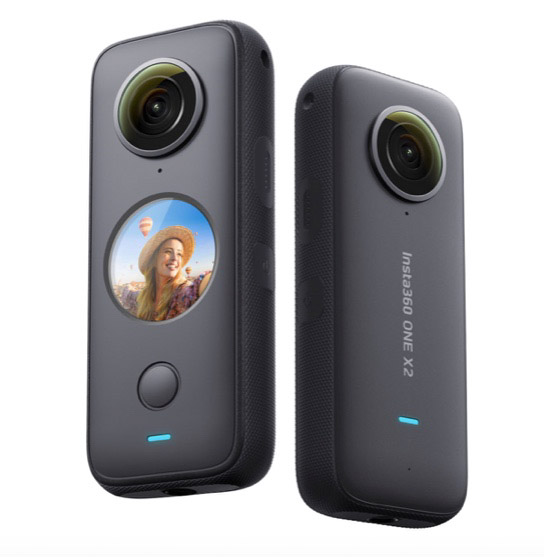 The general design is unchanged except for some minor modifications. The modular approach proposed by the ONE R was not retained. The camera is identical to the ONE X as an all-in-one box.

As already indicated, the resolution is strictly identical to the previous version, 5.7K for 360°. Even if after several years, many people were waiting for an increase in the resolution, it is clear that the designers of the ONE X2 preferred to carry out several functional enhancements rather than increasing the resolution. It should be remembered that a higher resolution would have had as a corollary the need to increase storage space and processing capacities. For the record, by multiplying the resolution by 2, the total number of pixels is multiplied by 4.

As for new features, the first that we notice is the appearance of a color touch screen replacing the small monochrome screen that is difficult to read outdoors. The ergonomics and interactions with the camera are thus significantly improved. The screen allows you to easily navigate through the different camera options, and also allows you to browse the media.

Note also that the camera is now waterproof, it can withstand immersion at 10m. Without necessarily using it underwater, its waterproofness at least allows you to be reassured when using in a humid place (for example near a waterfall), or when you are surprised by a sudden rain. Thus, she is no longer afraid of receiving a few malicious drops which quickly mix with electronic devices not intended for these uses. 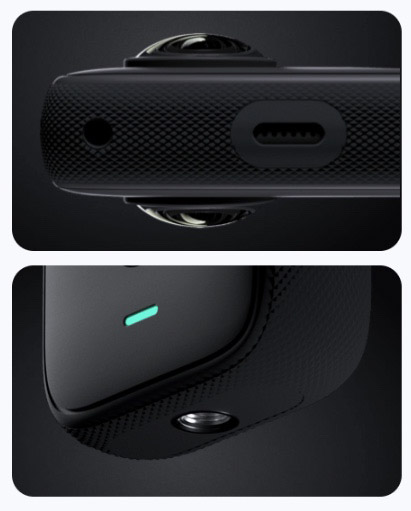 Another interesting improvement, and which comes to fill a real gap of the first version is the audio capture at 360°. Equipped with four microphones, the possibilities of sound capture should be richer and more immersive. Perhaps moreover, this improvement was necessary to allow piloting by voice command, which is now possible. It will be necessary to verify by experience the performance of this possibility, because in my opinion, this type of possibility does not suffer from a roughly, otherwise, the user will quickly abandon this use, in favor of direct piloting from the new screen.

Another interesting point, the battery capacity is announced with an increase of 50%.

It is above all in terms of the new functions provided by the software that this new version stands out. Indeed, the enormous interest of a 360 camera is to capture all the directions, which opens many possibilities at the level of the software, in particular of the algorithms which exploit the images.

Among these, we will find with the ONE X2 very powerful stabilization possibilities, as well as other functions such as:

Once the subject is selected, it automatically remains centered on the image. 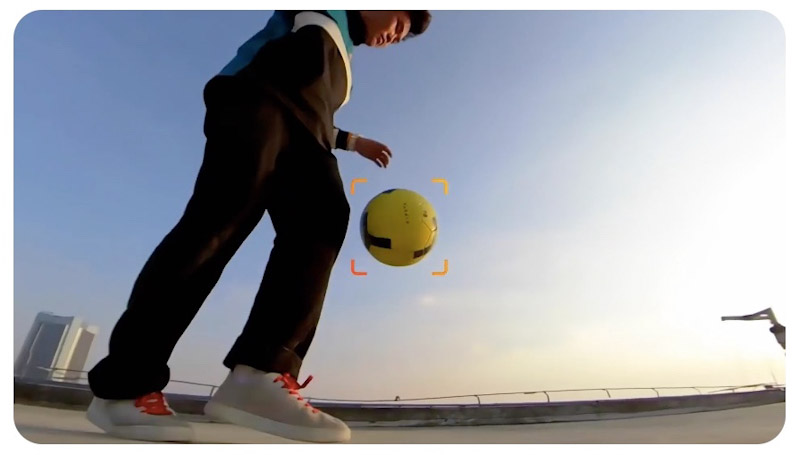 This is an effect known to filmmakers, the subject keeps its dimensions in the image and the perspective effect changes greatly by zooming. With the ONE X2, this effect is combined with the smooth transition of two “dolly” effects. In the example below, dolly effect on the first person (1st line), transition then dolly effect on the second person (2nd line).

The moving main character is detected and several of his positions are superimposed. 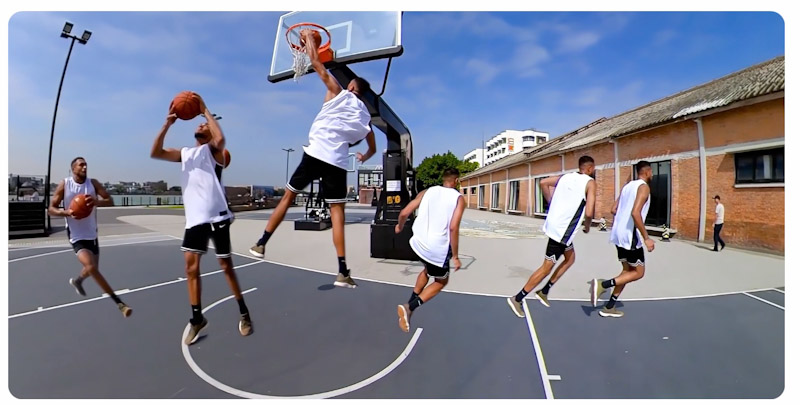 The captures are shown here with a rotating effect and a transition from one capture to another. Applying this effect is quite cool when seeing the same person in different situations, it gives a feeling of accelerated travel of a person’s day.

The character who is the common point in the shots is detected and his movement is frozen while continuing the scrolling of the landscape. 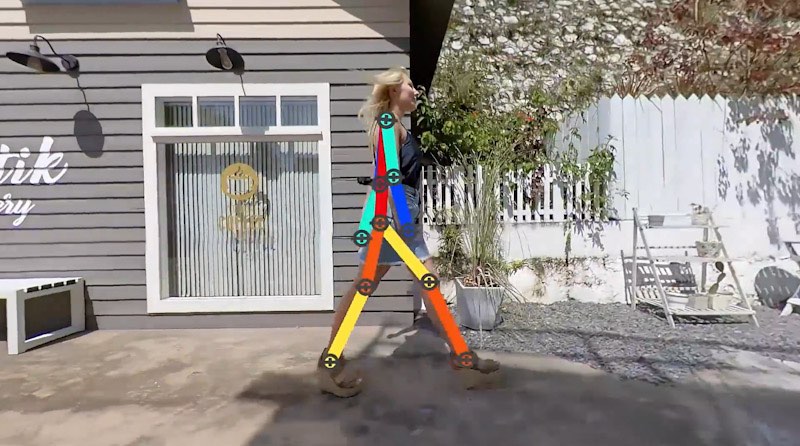 You will understand, this new camera brings several evolutions compared to its previous version. Without being a revolution, it brings new life to the 360.

SHOULD YOU BUY IT ?

Now the quick question is: should I buy this camera?

If you don’t have a 360 camera and want to experiment with this area, the Insta360 ONE X2 is clearly a model of choice. It is very versatile and is very effective in all aspects of 360 use, whether in photos or videos.

On the other hand, if you already have a 360 camera, for example an Insta360 ONE X, the answer is clearly less clear cut. Unless you have identified a must-have feature for your use, you might be tempted to wait for a larger change, including an increase in resolution.

Note that my purpose in this article is not to provide an exhaustive review of all the functions of this camera, but above all to give you an overview of its novelties and the evolution of the 360 market for the general public.

All images included in this article are the property of the company Insta360.