It was during a walk in the countryside, on a very sunny day, that I captured this image. The statue, whose appearance makes me think of the famous Henri IV statue on the Ile de la Cité in Paris, quickly caught my eye. Indeed, statues of this type are not so common in the countryside of France. 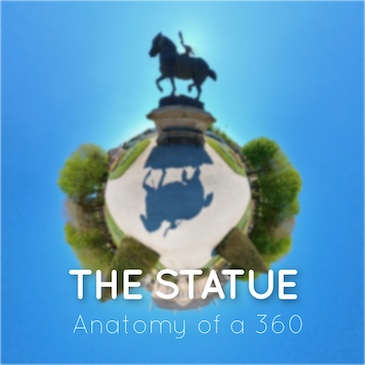 Still armed with my 360 camera, my challenge was to convert these interesting visual elements into a 360 degree image.

In this composition, I first wanted to create a Chinese shadow effect by hiding the sun behind the statue, which made me see its projected shadow. By positioning my 360 camera between the two, in one direction I would have the Chinese shadow and in the opposite direction I would have the shadow projected on the ground. The 360 ​​camera takes on its full meaning here since it alone is able to capture both directions simultaneously. 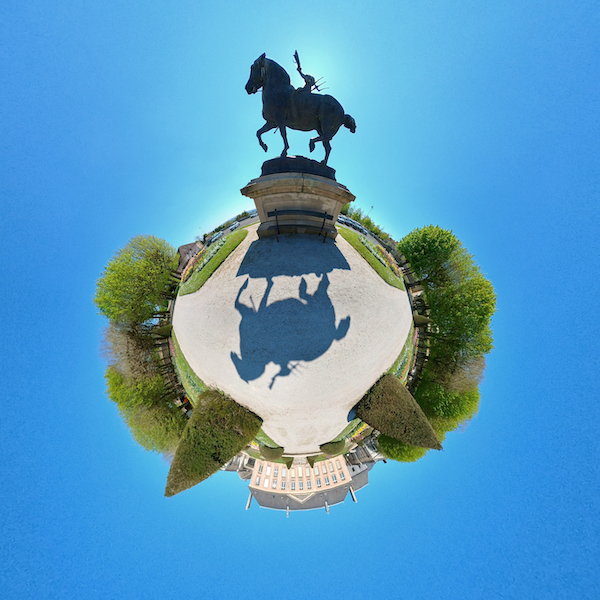 But beware of the classic trap you can fall into when focusing on the general composition. The shadow of the pole also appears, which affects the readability of the image. For that, I need both, not to show the pole, and not to make myself visible in the image. Of course, some will say that it is always possible to delete the elements in post processing, even if this is more and more true with the improvement of the algorithms, these are not able to treat all situations. 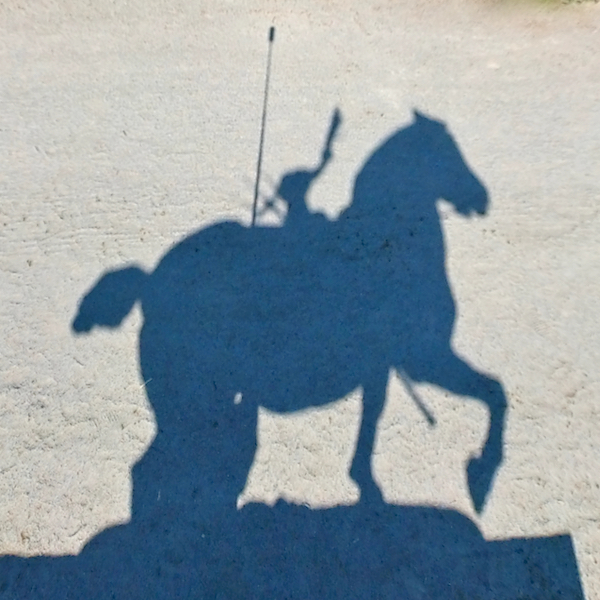 In short, experience shows that it is always better to get closer to the desired image as soon as the shot is taken, and not to bet everything on post processing.

And second point, to make myself invisible in the image, nothing could be simpler here since I just have to hide behind the base of the statue.

Here I hope you enjoy this image.